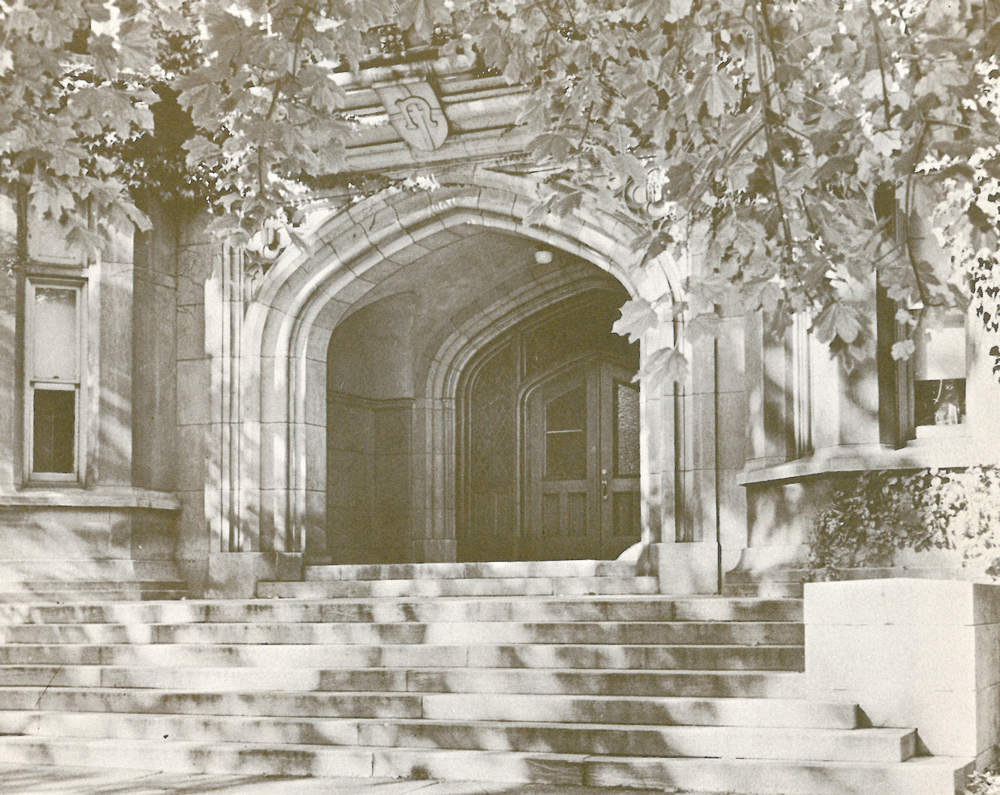 The Daughters of the Heart of Mary (DHM) were founded in 1790 in Paris, France during the height of the French Revolution by Fr. Pierre Joseph de Cloriviere SJ and Marie Adelaide de Cice. Both dreamed of a new way of living an authentic, vowed religious life in the midst of the world, without any distinguishing sign, habit, or cloister.

Today, the DHM continue to work to build a world in which the primary values are equality and justice for all God's people, endeavor to be a community in which each member's God-given gifts are appreciated and nurtured, and work for an earth that is protected and restored.

Nardin Academy was founded in 1857 as the first Catholic Academy and free school in Buffalo, NY by Daughters of the Heart of Mary: Ernestine Nardin, Victorine Boucher, and Eliza Smyth. Endeavoring to help educate the children of the diocese, particularly girls, in a faith-based culture, the DHM opened both the Academy during the day and funded a free school for girls without means at night.

Throughout Nardin’s history the Daughters of the Heart of Mary have permeated life on campus, both as staff and as guidance on the Board of Trustees.

Following this example, Nardin Academy students develop their talents and cultivate their intellect, character and courage so that they too can make a difference in the world.

1851 - The Daughters of the Heart of Mary, a society of Catholic women, arrive in America from France.
1857 - Miss Ernestine Nardin, Miss Victorine Boucher, and Miss Eliza Smith, DHM, open the first Catholic free school and academy on E. Seneca St. in downtown Buffalo.
1868 - The school moves to a building at the corner of Franklin and Church streets. While it is officially named St. Mary’s Academy and Industrial Female School of Buffalo, it is referred to as “Miss Nardin’s Academy.”
1868 - St. Mary’s Academy graduates its first high school student, Miss Katherine E. Conway.
1874 - Boys were first admitted to the elementary school.
1883 - Miss Eliza Smyth establishes the Alumnae Association and is its first President.
1890 - The Cleveland Avenue campus opens for both day students and boarders.
1896 - Miss Nardin passes away at age 74. Father Nelson Baker performs her funeral mass, and she is buried in Holy Cross Cemetery in Lackawanna, NY.
1905 - F. Scott Fitzgerald attends the school.
1917 - The State of New York is petitioned to rename the school The Nardin Academy in honor of its founder.
1951 - The school's official name is changed from The Nardin Academy to Nardin Academy.
1957 - Nardin Academy celebrates its 100th anniversary.
1962 - A new high school wing and chapel open on Cleveland Avenue.
1963 - Miss Irene Murphy, DHM, expands the school by establishing the first Montessori program in WNY.
1996 - Mrs. Varue Oishei donates a portion of the former Oishei estate at 700-702 West Ferry Street and plans are made to create a second campus for the expanding Montessori school.
1998 - Nardin Montessori opens at the Oishei campus at 700 West Ferry Street.
2003 - The Koessler Family Library and Media Center opens on the 3rd floor of the Cleveland Avenue campus.
2007 - Nardin Academy celebrates 150 years of Catholic education.
2008 - Marsha Joy Sullivan becomes the first lay president of Nardin Academy.
2010 - The "Campaign Today for Nardin Tomorrow" funds an addition which includes professional grade orchestra and music rooms, dance studios, an expanded high school guidance office, a Montessori elementary classroom, as well as the Fatta Center for the Arts, seeded with a leadership gift from Carol Demme Fatta '62 and her family.
2013 - Nardin Academy launches Sustainable Nardin, a community wide initiative, in an effort to remain dedicated to protecting God’s earth.
2014 - Nardin Academy initiates “Power UP” a 1-to-1 digital device and technology learning initiative.
2016 - The Nardin Academy Athletic Center opens
2020 - The Nardin Academy Community Athletic Complex and Gymnasium & Wellness Center open
2021 - The Kevin T. Keane Sports Park is dedicated.
2021 - Sandra Betters becomes Nardin's 26th president.